Well I thought it was about time I listened to Steve’s advice and did a bit of Hiit, it was a lot harder than i thought it would be!

I downloaded an app called Impetus which has several preset Hiit routines and selected giant pyramid starts and ends with three minutes warmup/cooldown. Every low part is 60 seconds and the hard parts are, 30, 45, 60, 90, 60, 45, 30 seconds long. I found a nice flat piece of land in the local park and off I went.

It was fun but very hard doing that second minute, what was very good about the app was that you could alter settings, I got a ten second countdown before each transition, and it beeped all through the hard parts. I enjoyed it, was a bit wobbly legged afterwards but had a rest and then ran around as I wanted to for a few minutes.

The graph of my pace, the elevation and heart rate, you can see the different work periods quite easily.

I had a little sit down on a tree stump when i had finished the Hiit, what do you see the pattern as? I see a rabbit with ears like wings – perhaps I shouldn’t have eaten those mushrooms from the woods? 😀 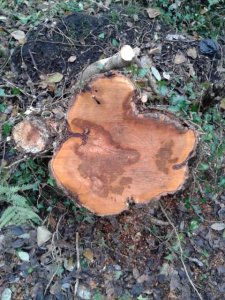 Well, I am still alive after thre or four sessions on the dreadmill! I am gradually becoming used to it, but tonight I discovered that I really don’t like being next to someone else running. I find myself trying to keep up with them, and in my case it was a fit young man covered in sweat and going hell for leather.

I also discovered that I can step back a bit from the controls and that improved the way I was running, but I still feel very flat footed and heavy on the dreaded thing! I shall, of course , persevere but I don’t actually have to enjoy it to do it do I?

God help me but I went back to the gym and did a bit more on the infernal machine, feels so very awkward and as if there is more impact. All the rowing machines were taken/broken (as usual) so I had two goes on the dreadmill.

Horrible ‘young’ people ‘music’ blaring out all over the place, it even drowned out my headphones which were trying to play nice ‘old’ people music!

So I got on did a little warm up and then ran for about 5 minutes, tried a rowing machine – broken so went back on the treadmill – do a little interval I thought! Silly me, got over-excited. You know how you click something on a touch screen and nothing happens ? Then you click again and again……. so all of a sudden I went from 5.5 kmh to 7.00 kmh and was slipping about the place, hanging on for grim death and hit the stop button. 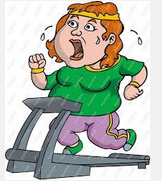 The stop button also was reluctant to accept my gentle caresses, so I went back to trying to decrease the speed with the minus button, that worked, this felt like hours but was only about a minute – did the interval then !

I understand the benefits of these machines, like I understand the necessity to pay tax but I don’t like doing either ! I will persevere because it is good for me to overcome fear of inanimate objects and irrational phobias, perhaps like running, I will come to love the things. Never say never.

This week has been simply one of the best of my life! I am now at lowest weight I have been for TEN, yes TEN years.

I am wearing a jumper that I bought last February, then it was tight (especially on the upper arms) and now it is comfy.

Long may this continue, as ever utmost praise and gratitude to he who must be obeyed( when I’m in the mood! lol)

Seriously this journey would have faltered long ago without Steve’s support, guidance, knowledge and patience.

I had a really good day today. AND I even followed suggestions from he who gives instructions, suggestions and great advice (which I ignore from time to time he he he )

Lead the walking group and one of the walkers had a great achievement she walked 2.34 miles today! Her first walk on 14th September was 0.25 miles. We celebrated with hot chocolates in the park cafe.

When that all finished I went for a run round the Parkrun route, when I say run I mean of course, ralk – run/walk. I went from finish line to finish line, there was no goal for pace, time, anything – just do it was the advice, so now we have a baseline figure to build on.

While walking around I was conscious of the beauty all around me, autumn is my favourite season, I love the colours and you can see the character of the trees when they are bare of leaves. 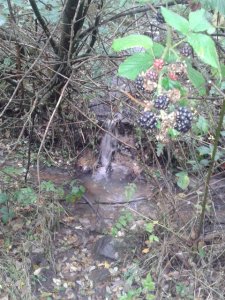 Autumn, blackberries and running water – food for the soul 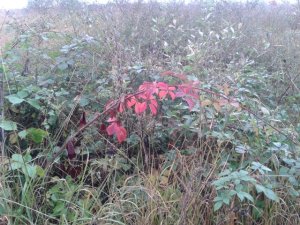 Category Cloud for "the Journey"

It's the little moments that make my life big

Empowering Leaders 300 Words at a Time

Occasionally I write about things I do.